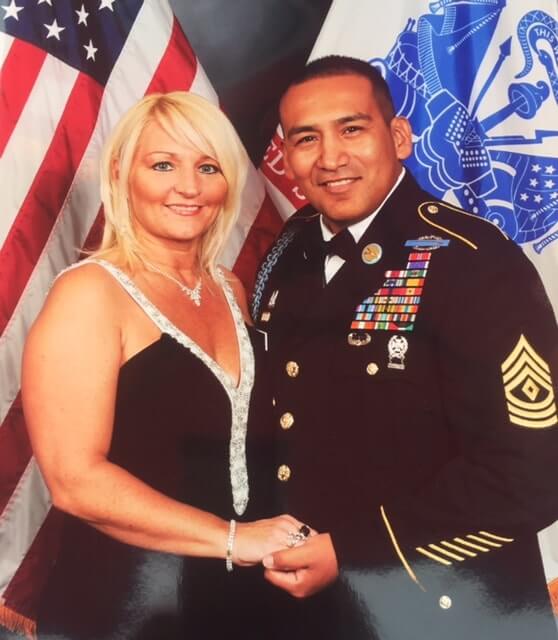 During his time in the military, Rivas served on a number of deployments, including Operation Iraqi Freedom and Operation Desert Shield and Storm in Kuwait. Rivas is known for always displaying the Army values of loyalty, duty and integrity, working hard to serve his country in any capacity. He also has a passion for teaching, serving as a Senior Military Advisor in the Army ROTC Department at the University of Nebraska-Lincoln. He led by example in both the field and the classroom, directly influencing the training of approximately 75 cadets annually.

In 2005, Rivas suffered his first serious injury when he fell into a hole during a night patrol and twisted his lower back. In 2009, he sustained another back injury while jumping off a Bradley Fighting Vehicle (BFV). Rivas has had several back surgeries over the years, yet he still struggles with the back pain and undergoes regular injections and physical therapy. Rivas also suffers from a traumatic brain injury (TBI), post-traumatic stress disorder (PTSD), knee and shoulder injuries, tinnitus and headaches.

During his years of service, Rivas received several accolades including a Purple Heart, four Meritorious Service Medals, a Navy/Marine Combat Action Ribbon, Humanitarian Service Medal and many more. Rivas retired in October 2014, when his injuries prevented him from continuing his military career. He’s very active in his community and serves as a volunteer for his daughter’s high school volleyball team. Rivas is still working through counseling and pain management therapy while finishing his degree. Riva also wants to enable his wife of twenty-five years, Donnajayne, to follow her dream of going back to school to become social worker.

Operation FINALLY HOME, local builder Altura Homes and the Dallas Builders Association along with the Family of 3 – an RG3 Foundation – are proud to come together to provide Guillermo Rivas and his family with a home to call their own in Greenville, Texas, in 2016.